There is a point for that

Did you know that acupuncture can help PTSD? Read more below to learn how we can help. 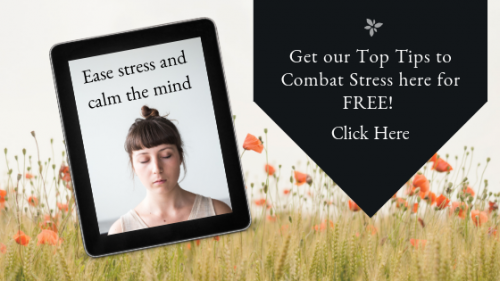 Post-traumatic stress disorder (PTSD) is a debilitating mental disorder that can follow a traumatic event. People often report recurring memories of the event, negative changes to mood, and often associated with depression or anxiety. Typical treatments involve psychotherapy and prescription medication. However, in recent years research has found significant differences in patient’s outcomes in response to taking prescription medications due to side effects from those medications.

Acupuncture has been looked at for being a safe and viable option for people who suffer from PTSD. Acupuncture has few side effects and can address all symptoms in treatment. Not only are there several studies showing acupuncture can help with depression and anxiety but also insomnia, and mood.

Let’s look at the research

In a 2019 report, researchers published a study in Medical Acupuncture that suggests acupuncture may be effective for reducing symptoms associated with post-traumatic stress disorder (PTSD) after a natural disaster. The research team looked at residents of Amatrice, Italy, were a 6.0-magnitude earthquake in 2016 left nearly 300 people dead and almost 30,000 homeless. Natural hazards, like earthquakes, that are unpredictable and wreak widespread havoc on communities, have been shown to cause psychiatric disorders in survivors, including PTSD.

The study: Can acupuncture help PTSD?

The participants in this study received five weeks of acupuncture treatments starting about a month after the earthquake. Researchers used patient-reported numbers on a pain scale to evaluate the effectiveness of the treatments. Before the treatments, 68 percent of the patients reported having psychological and pain symptoms associated with PTSD. Already after the third treatment, 54 percent of patients reported improvements in their psychological symptoms and 60 percent reported improvements in their pain symptoms. Using a statistical analysis, researchers measured a significant reduction between the initial reported psychological and pain scores and the scores after the third treatment. The researchers did not report any adverse side effects or events.

In the aftermath of natural disasters, communities are thrown into stress-provoking situations for myriad reasons, including loss of life, loss of property, loss of job, other economic losses, loss of community in the case some members move away and loss of infrastructure like schools or restaurants, among other things. Studies show individual mental health plays an important role in the success of communities rebuilding efforts after a natural disaster.

Although more research is needed to bolster the findings of this study, it suggests acupuncture can be an effective therapy for communities in the aftermath of a natural disaster. Studies show acupuncture is effective at balancing hormone levels that contribute to moderating stress levels in the body.

The most significant body of research on acupuncture is in the field of acupuncture’s ability to reduce physical pain. This study suggests the effects of acupuncture extend to stress and pain brought on by a natural disaster.

Dr. Ellie Heintze, ND, LAc, is a naturopathic doctor and acupuncturist in Bothell, WA at her practice Starting Point Acupuncture. She is a pain specialist, seeing people who suffer from chronic pain, migraines, as well as digestive issues. Offering pain relief injections, acupuncture, facial rejuvenation, and nutrition consults. Most insurances accepted. Dr. Ellie Heintze is also the author of the book, A Starting Point Guide to Going Gluten-Free on Amazon.