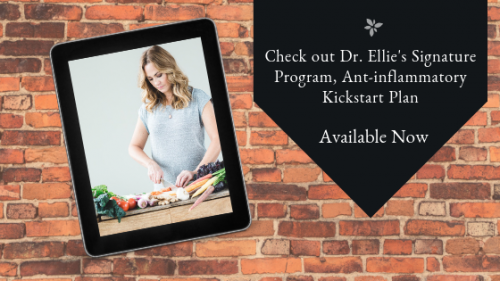 What is celiac disease?

In recent years, more people have been diagnosed with celiac disease than at any other time in modern history, and gluten-free diets have become more common. Celiac disease affects about 2.3 million Americans.

Common symptoms are diarrhea, constipation, heartburn, joint pain, fatigue, and eczema. Celiac disease was initially thought to occur only with infants, but we now know symptoms can present later in life.

Many celiac patients experience atypical symptoms or do not have symptoms at all. Adult patients with undiagnosed celiac disease often do not present with digestive symptoms but instead suffer from neurologic disorders, including depression, epilepsy, and anxiety. Celiac disease is also more likely to occur in those with diagnosed migraine headaches.

Read more about the link between migraines and celiac here in our previous post.

Celiac is an autoimmune disease characterized by destruction of intestinal cells (villous atrophy) that is triggered by the ingestion of gluten. Celiac disease is one potential result of gluten intolerance. In a person with celiac, the immune system specifically attacks the enzyme that is responsible for repairing the intestinal villi, and when that enzyme cannot do its job, intestinal damage occurs. There may also be a genetic component in celiac disease. Celiac is suspected when villous atrophy is seen on an intestinal biopsy, and it is officially diagnosed when a person has positive celiac labs, has a positive intestinal biopsy, and gets better on a gluten-free diet. 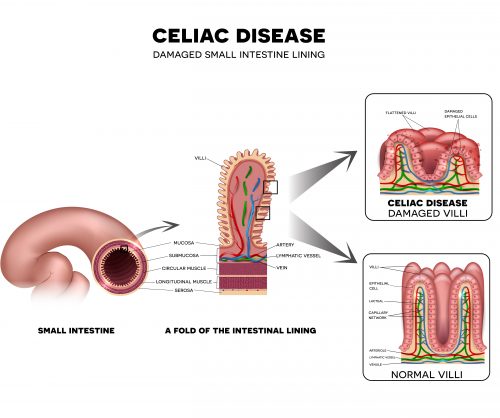 The detection and early diagnosis of celiac disease is important due to the danger of malignancy, risk of acquiring other autoimmune disorders, presence of nutrient malabsorption and deficiencies, and the association with low-birth-weight infants in mothers with celiac disease.

Patients with classic celiac symptoms as well as those who are considered high risk should be screened, particularly people with type 1 diabetes, autoimmune thyroiditis, Turner syndrome, and selective IgA deficiency, as well as first-degree relatives of patients with celiac disease.

How to test for celiac disease

The first step in screening for celiac disease is specific blood testing. Since celiac disease is associated with gluten, ideally the tests should be done while a person is still consuming gluten. If you are already on a gluten-free diet, consult with your physician about proper testing protocols.

If you have a family member who has celiac disease or you have any of the symptoms listed above. I would highly recommend getting screened for celiac disease because it is simple to do and if treatment is required it involves no drugs!

Dr. Ellie Heintze, ND, LAc, is a naturopathic doctor and acupuncturist in Bothell, WA at her practice Starting Point Acupuncture. She is a pain specialist, seeing people who suffer from chronic pain, migraines, as well as digestive issues. Offering pain relief injections, acupuncture, facial rejuvenation, and nutrition consults. Most insurances accepted. Dr. Ellie Heintze is also the author of the book, A Starting Point Guide to Going Gluten-Free on Amazon.

Ventura A., e. a. (1999). Duration of exposure to gluten and risk for autoimmune disorders in patients with celiac disease. SIGEP Study Group for Autoimmune Disorders in Celiac Disease. Gastroenterology , 117 (2), 297.